In the last few years, I’ve decided to date more seriously, keeping an open mind as I’m in a good place in my life now to be in a serious long-term relationship. I haven’t seen much difference in the dating scene be it back home in California or Qatar to be honest. Maybe I’m doing it wrong?

Call me picky. Call me stubborn. I don’t care! I may be ready for a relationship but I’m not settling to just be in a relationship. There has to be a set of realistic standards and if those aren’t met, then it’s simply not meant to be. #SorryNotSorry 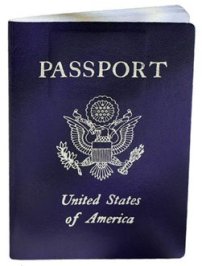 10. The Blue Passport: Can’t we be seen for more than where our families gave birth to us? This is quite the conundrum for many of us multicultural and multi-lingual children of immigrants. Even as an expat in Qatar, I’ve been asked out by some that flat out told me they were interested in my blue passport, but not a mention of my brown eyes. I have really beautiful brown eyes. #JustSaying

9. Two Birds, One Stone: Speaking of holding the “right passport”, when you want to be with me because they’ll get both the passport and -fill in the blank with a sexist term-, it never has and never will be flattering, period. The worst I’ve heard from many Muslim men? After our first interaction, he can hit two birds with one stone being with me, and I quote, “passport and halal sex.” OMG, I’ll marry you and help you achieve your bird stoning goals. #Sigh

8. No Style, No Class: I prefer my men with some sense of style. Fitted suit, crisp thob or a clean pair of jeans and a shirt. Sadly, that isn’t always the case. Fake tans, globs of hair gel and skinny jeggings that are not cute on a dude, period. And for the love of God, why do dudes wear capri/flooded pants? Those are MY pants dude! #StopIt

7. Too Pretty For Me: Speaking of style, call me shallow but I’m not interested in a guy who is way prettier than me. He can’t have better hair, better shaped eyebrows or a firmer butt than me. I don’t mind if you get a mani/pedi and your hair did but it can’t be better than mine. I want to be the pretty girl in the relationship here. And let’s be real, I can’t be in a relationship where I’ll constantly be jealous of my pretty man, with his amazing hair flicks and that toned ass.

6. Cash Money! Bling Bling!: For whatever reason, people have the impression that I’m oh so rich. Alhamdulillah, I’m financially stable but I’m so far from deemed rich. We haven’t gone on two coffee dates and you’re already asking me to borrow money? Dude, you need to go and reevaluate your life! And men that are rich think that’s how to seduce me? You trippin’ booboo because if that’s all it took, I would’ve been hitched to any of the rich monkeys that have crossed my path a long ass time ago!

5. Not Muslim Enough: I’ll never forget the first time this happened to me. Long story short, weird dude proposed marriage and I refused. He then stated that he was proposing out of the goodness of his heart because I will not go to heaven unless I marry him because I wasn’t Muslim enough. What the hell does that even mean? Ever since I’ve had this statement said to me over the years. Not 100% Muslim when in jeans and hijab. Not 100% Muslim when in mixed groups. Not 100% Muslim when you’re friends with non-Muslim. These dudes think that by faith guilting me, I will succumb to their odd advances? I’d rather be a bad Muslim than with you! #JustGoAway

4. To Be Pro-Choices:  I’m not interested in having children. If it happens, it happens but I have the right as a Muslim, as a woman, as a human being to my own personal preferences. People simply need to learn that they have the right to respectfully dis/agree. Yet men and some of their very involved mamas have had the audacity to tell me, “Oh, you’ll change your mind as you get older.” “How selfish can you be?” “Why would you deprive him of his right to be a father?” Really? Really?

3. Cultural Misunderstanding: “Is that your Egyptian or American talking?” “You’re only saying that because you’re American.” “See it’s because you’re Muslim but in my American culture…” Huh? Why do people think I switch between either of my multi-cultural globetrotting mentality as deemed convenient? Especially in this part of the world, both American and Arabs, expats and locals, have a hard time grasping the idea of being multicultural individual. You must pick one, you can only be one or the other. I’m the best of all worlds, it’s part of being human. I’m not either or. No one is.

2. Closed Palate, Closed Mind, Closed Heart: Speaking of cultural understanding, the world is so grand, how can you not take it in and appreciate it all? How can you not care to see the world? How can you hate on someone simply because they are different than you? How can you eat the same thing every single day and yet hate on other people’s foods? Stop this closed-mindedness, it’s the 21st fucking century! I just can’t deal with those who have tunnel vision and don’t go beyond their bubble. 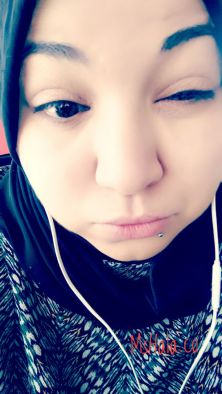 1. Because This Is Me: As my bio states, I am simply amazing! Why would I change that? I will not change me. You will not change me. I come as is. So gorgeous, so silly, so OMG! Plain and simple. So either accept it or stop talking and keep walking, booboo! #ByeFelicia

Can you relate peeps? Share your stories in the comments below.