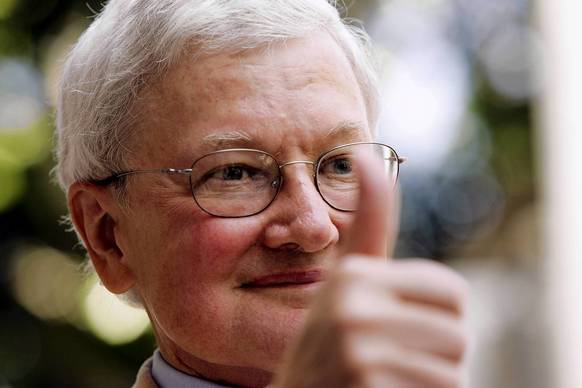 That was the quote I awaited to hear every week on “At the Movies with Siskel and Ebert” when I was young. Roger Ebert’s work was one of the ways I was introduced to American movies when I was young and only really exposed to American TV and Egyptian movies. I learned not only to enjoy a movie, but to appreciate cinema as a whole.

I remember many times going to a movie and thinking, “Ebert was right, these actors were superb.” or “That’s why Ebert gave it a thumbs down, it sucked!”

I agreed with many of his reviews and was an instant fan of his work both written and on television. God bless the internet, Ebert’s work became more easily accessible to a fan living outside the Chicago Sun Times delivery route. From reading his reviews on the web throughout high school to following his tweets on a daily basis. He was not just a critic of the movies, but a critic of the many issues that we faced every day outside the movie theater. He championed indie film makers, supported film festivals and was always heard, loudly. My kind of critic!

Ebert suffered from cancer in the last few years. It eventually effected his speaking abilities but that never silenced him. He continued to do what he loved best, critiquing movies, and the world, loudly via social media. Yesterday, he posted what is now his last post, “A Leave of Presence” where he basically says, “I’m sick, going to take care of myself but I’m not going to stop doing what I do.” Now when I watch a movie, I’m going to think, “What would Ebert have thought of this one?”

Rest in Peace Ebert. I’ll see you at the movies.

3 thoughts on “Two Thumbs Up”