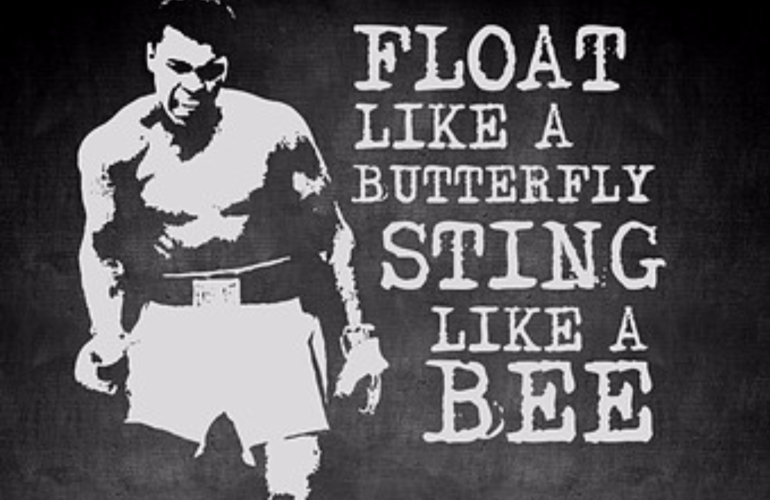 When I was in fifth grade, I was to write a report about an inspiring living person of our day. One of the few known inspirational Muslims of the time that I anxiously wanted to write about was Muhammad Ali.

Let’s back track for a moment, I never followed his work inside the ring. I was inspired by his actions outside of the ring. The man that refused to be drafted and didn’t flinch when threatened with jail and loss of finances. The man that did not shy from speaking about Islam and against Islamophobia in all it’s forms. The man that didn’t allow a disease define him, consume him or stop him from being the activist that he was. 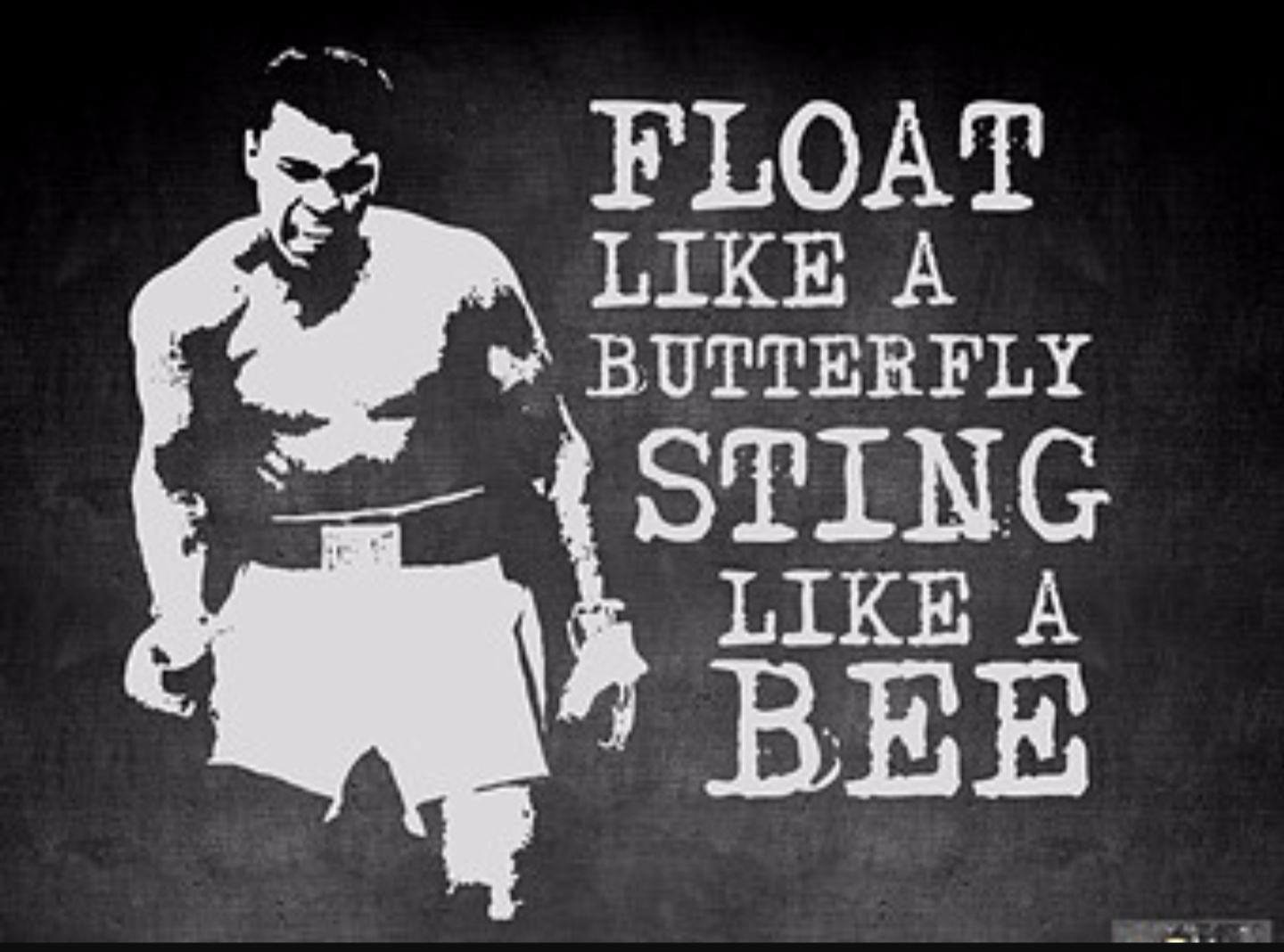 By the time I was 18, my personality became stronger. My outlook on life became brighter. It wasn’t going to be easy but I had the right to be full of goals, dreams and was confidently mapping out my strategy. I was going to float like a butterfly and sting like a bee. Just like Muhammad Ali.

May he rest in God’s eternal peace and light… Ameen.